Many of us have seen an ant walking across a table, wandering this way and that. Some may just stare at it for a while and then move on, but others will wonder "Why does it move in the way that it does?" I am not a biologist, so I would not know the answer. However, there is a way to use simple rules to simulate something similar to an ant's complex behavior - Langton's Ant.
Langton's ant is simulated with an "ant" on an infinite grid of white squares. When it is on a white square, it makes it black, turns right, and moves one square in the direction that it's facing. If it's on a black square, it turns it white and goes to the left. Here is an animation showing the ant's first 200 steps:

It seems like chaotic behavior, but after about 11000 steps, it begins to fall into a repetitive pattern, moving across the board and leaving a trail, or "highway", behind it. 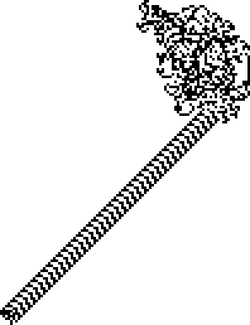 It isn't super interesting, but the rules of the ant can be changed. The current rule can be written as RL, because when the ant lands on color 0 (white), it turns right, and when it's on color 1 (black), it turns left. Whenever the ant lands on color n, it changes it to color n+1, and if it's run out of colors (e.g. color 6 when it only goes up to 5), it resets it to color 0. (F and B can also represent forward and backward for the ant.)
Another rule is rule LRL. When the ant reaches color 0 (white), it makes it color 1 (black) and turns left. If it's on color 1, it changes it to color 2 (grey) and goes to the right. Finally, if the ant lands on color 2, it turns left and makes it color 0 again. This rule is extremely chaotic, and it is unknown if it ever creates a highway. Here is what it looks like after reaching the edge of a 1000-by-1000-cell box. 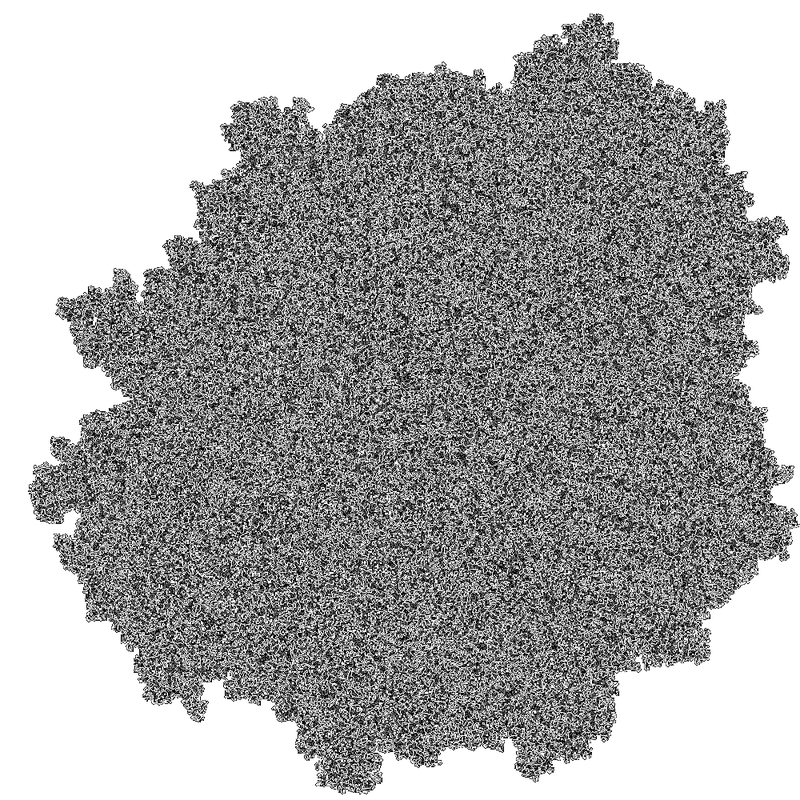 There are many, many other behaviors that the ants can exhibit. Here are just a few.
(Some of the images are cut off, though.) 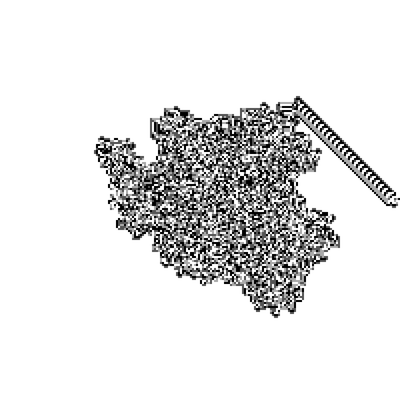 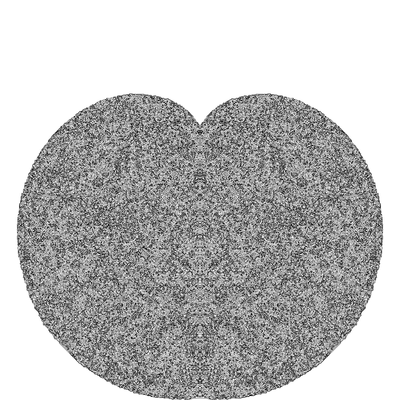 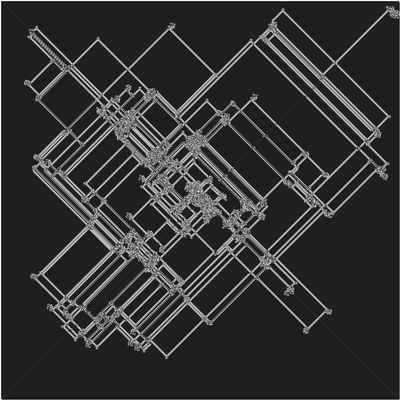 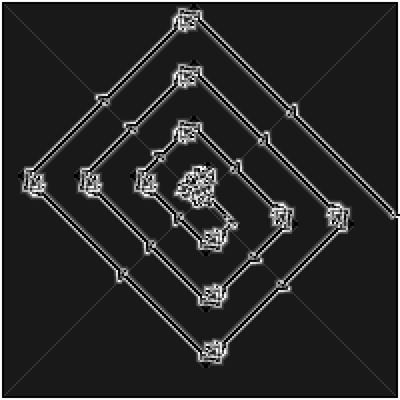 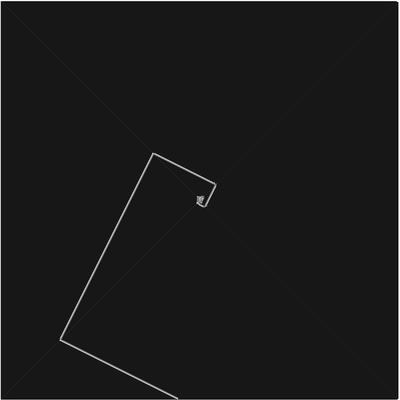 1. LLRL: Produces a highway, similar to Langton's Ant, but not essentially the same.
2. RRLL: Grows into a cardioid shape.
3. LRRRRRLLR: Creates a growing square around itself, filled with chaotically bouncing highways.
4. LRRRRLLLRRR: Falls into a pattern of making Archimedes' spiral, surrounded by a solid square of cells.
5. RLLLLRRRLLLR: Similar to #4, but makes a logarithmic spiral instead.
6. LF: Counts in binary. The number is mirrored along right and left sides. Any sequence of L's and then an F will count in different bases, depending on the number of L's.

There is even an extension of Langton's ant that follows different rules depending on what state it's in, called a Turmite, but I won't be able to post about it until I figure out the rule notation.

All images on this page, except for the first animation, were made with the following Processing program:

Download File
There is no in-browser version because the actual code has to be tweaked in order to change the rule and other parameters. However, you can download Processing here or change it in the browser here.